Aside from playing the multiplayer beta and demo, I intentionally barricaded myself from any hype that may have surrounded Crysis 2 before it’s release. I have to admit, I never played the original, but once I got my hands on the beta and demo I was hooked. I went ahead and preordered it in case there was some sort of huge uprising in Crysis fans and I couldn’t get my hands on it the night of release. 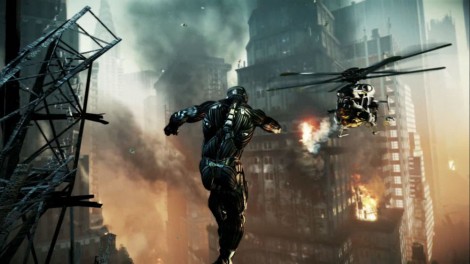 It's because I'm pretty, right?!

You already knew it looks great

The first thing anyone will notice in Crysis 2 is the absolutely stunning scenery, special effects, motion graphics, and interface design. The gents at Crytek have always created immaculate environments and have not disappointed with Crysis 2. The interface vaguely resembles the one from Halo: Reach. The interface elements exist in 3D space and add a little depth to it all. Unlocking items takes a bit of getting used to because of the way the interface is set up. There are similar issues with navigating other areas of the interface.

But how about the game part?

Beyond the gorgeous visuals, the single player campaign has smooth controls that are well planned and easy to use. As the player, you have the ability to customize your weapons and armor abilities on the fly using an intuitive and clever display that pops up by tapping or holding the select button.

Unfortunately, the game quality decreases from there. I quickly ran into bug after bug throughout different campaigns. A few glitches that popped up repeatedly caused the currently selected weapon to be invisible, unusable, and the glitches could only be fixed by restarting the level. This tended to happens at very odd times, usually shortly before entering a cut-scene. The weapon and HUD drops away and you can still move around before the cut-scene actually takes over. Added to those issues, there were multiple locations in campaign missions where I fell through the map and found myself swimming around trying to find a way back into play. Most of the time I was able to continue the game, but on one mission I could not proceed to the next stage. It actually caused my Xbox to crash and required me to restart the campaign – even resetting the Xbox did not fix it.

The AI is sub-par even on the highest difficulty levels. You will often see characters run into walls, get stuck trying to move through small areas, and stare blankly at walls when speaking. I found that for the most part, the AI was never challenging itself. The parts that were actually challenging were because I found myself running out of power to my suit when surrounded by a crowd of a fairly powerful enemies. 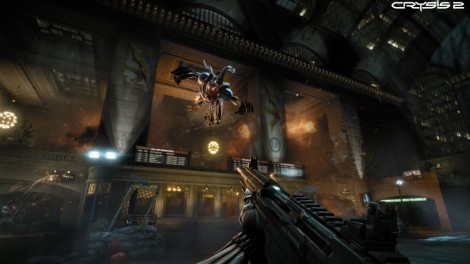 Shine up those details

Originally, when I found out that Hans Zimmer was commissioned to create the opening theme I was pretty excited. I haven’t run into anything he’s done that I was disappointed with – until now. The music, while decent, is so overused throughout the game (not just for intros but also for loading screens and menu music) that I got sick of it very quickly.

The storyline of the game reminds me of Half-Life 2, except that it’s not written well and it’s difficult to be drawn into the story. There are multiple contrived segments that ask you to walk to one side of the city for unimportant tasks without moving the story forward. Voice acting during cut-scenes does nothing to help and the actors sound uninterested and monotonous and never like they are actually a part of the story.

Multiplayer gameplay is actually quite refreshing after plowing through the solo campaign. Unique gameplay elements like on-demand invisibility and enhanced armor add twists that really add to the fun factor. You can think of these features in terms of Halo‘s active camouflage and overshield, except that they can be engaged at any time. When I first played the multiplayer, I immediately thought to myself that this is the path that Halo‘s multiplayer should and very easily could have gone down. 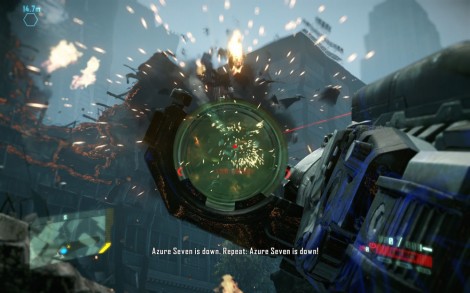 Right where it counts

The only multiplayer issue that bothered me was the fact that advancement and unlocks took so long to achieve. It lacked that essence of instant gratification that we’re all used to getting in other games that have unlocks available in similar ways. My favorite game mode ended up being Pro Mode but, in order to unlock it, you must play the other modes until you reach level 39. You must also level up to unlock game types other than crash site or simple deathmatches. Normally, I would be ok with this but leveling up takes ages and you must suffer through those gametypes if you’re not a fan of basic deathmatches or crash site.

Crysis 2 is by no means a bad game. The multiplayer alone is worth putting time into and the singleplayer, if you can get it to work, is at least worth a playthrough on the most difficult setting. If multiplayer leveling was a bit quicker it would most definitely be a fun game to play for an extended period of time. Crysis 2 is just one step off from being a revolution. 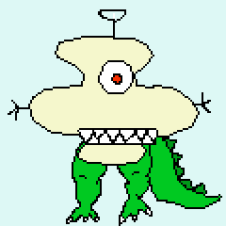