Meanwhile… we’ve actually been playing games. Each week we recap our recent gaming experiences and tell you what we’re looking forward to, so you can use your time more wisely than we have. Gifftor can’t find his way out of the universe where humans and aliens have relations. Who can blame him? JDevL finally finishes his spelunking adventure and moves onto a Voltron sim while preparing himself to save some suicidal smurfs and busting phantoms. Wizardtrain187 plays a kingdom building sim while still pluggin’ away at that nuclear wasteland sim he’s been in love with for so long. JPizzle151 finally brings a sport to the fold while spoiling the story of Gears of War 2 for some of us. Last but not least it’s demo week for Colefacekilla as he plays two totally different fighting games and loves them both. 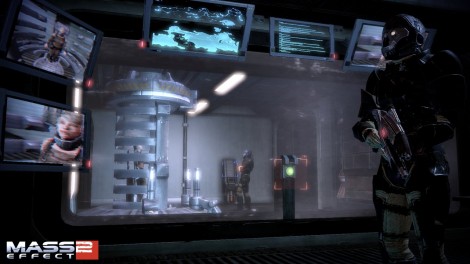 The Arrival is for Mass Effect 2, not the Charlie Sheen movie.

I’m almost as dedicated to Horrible Night as I am to saving the galaxy, one dead bad guy at a time, vis., our internet and VOIP phone systems are down and I’m typing on chiclet-sized keys AND I’ve made some significant progress into kicking reaper ass on Insane difficulty before the March 29 DLC release of “The Arrival” for Mass Effect 2. Most of the difficulty increase has scaled reasonably, but several side-quests are so difficult that they may be impossible. (This despite re-qualifying as a headshotting badass in GoW2 last week). Rescuing an injured Quarian from rampaging fish dogs and recovering stolen cargo before Ymir mechs destroy it is driving me insane even with my loyal team members – it seems that every single enemy has armor.

Otherwise, I’m killing time occasionally with Angry Birds; I’m so close to 3-starring every level that I’ve considered starting my own galaxy. 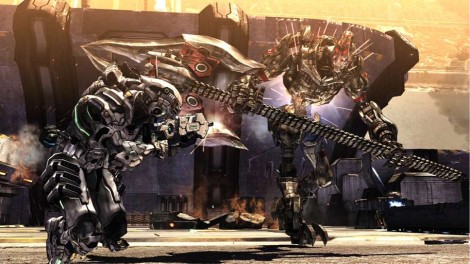 I’ve been trying to stick with the “finish what you started” theme to games lately. With that in mind, I broke through where I had left off on Torchlight on PC and finished it on the 360. Final thoughts are in my review, but seriously, try the demo if you are at all interested; it’s as solid as XBLA experiences get. Next up, I broke the seal on Vanquish, and holy hell, why did I put off playing this game for so long? Ethan wasn’t kidding when he called it “Gears of War on Robot Crack.” I’m loving the beginning to that game. It also has just the right amount of bad and overly macho voice acting, not to mention your character wears a futuristic helment/mask that covers his face most of the time, but as soon as that mask opens up he doesn’t waste any time lighting up a cigarrette. They are channelling some serious futuristic Solid Snake with this character and his crew. At the end of the week, I jumped in on some Halo: Reach for In Gaming We Trust’s Open Gaming Night. This is what happens with Indiana based video game bloggers unite.

Looking forward to plenty more Vanquish and WoW this week. I’m going to be watching the review scores to both XBLA releases – Swarm and Ghostbusters: Sanctum of Slime. Swarm seems to be a new take on the Lemmings formula and was developed by Hothead Games who was behind the Penny Arcade and DeathSpank games. Ghostbusters is well, Ghostbusters, but a top down dual joystick “shooter” this time. Both of these games could end up being pleasant surprises or completely forgettable. We’ll see. 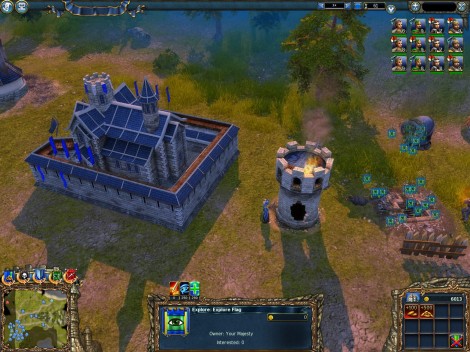 Another game gets between Ethan and his more anticipated titles.

Majesty 2 is yet another surprise entry into my gaming as of late and for some reason has knocked one of my more anticipated titles in DoW 2: Retribution to the side for a bit. There is just something refreshing about sitting back and letting your medieval village fend for itself and the character progression is always exciting. I’d love to see a modern day take on Majesty 2, but located in a city overrun by mutants and the like. I miss Sim games and this one has just enough RTS to keep things interesting. Still plugging away at the Dead Money DLC for Fallout: New Vegas and hope to actually finish that game before the summer, though I am not holding my breath with that one. I’m just a bit nervous about finishing that game, we’ve had a lot of history together. 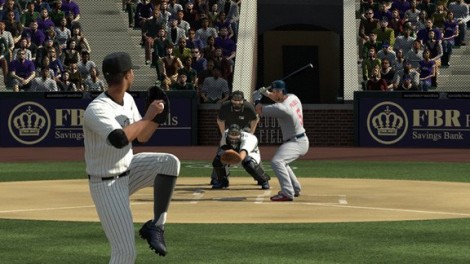 What is the sports game picture doing in here?

Last week I was able to complete Gears of War 2. I loved the last half of that game for so many reasons. Dom finding his wife was much more shocking and emotional than I thought it could be. Honestly, I thought she would never be found. The scene is very chilling and adds to the human element of the series. Hands-down, riding the Brumak at the end of the game was the highlight of the series thus far. I love the sense of urgency Gears creates as the game progresses. The tease for Gears 3 at the end was amazing! I can’t wait for the finale. I also have been playing an unhealthy amount of Major League Baseball 2K11. Most of my time is being spent in the career mode. Trying to get out of the minors and into the majors is a grind. The game rewards you for specific tasks on top of getting hits, driving in runs, etc. The challenge of the game is what really keeps bringing me back. I have wanted a difficult baseball game, and finally have it. 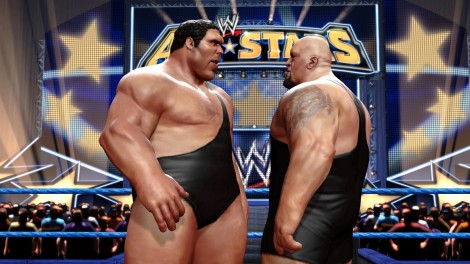 The past week was a light gaming week for me. I fired up the PS3 so I could download the Mortal Kombat demo. After about an hour of downloading and installing, I finally got my hands on some good ol’ torso ripping and sword cleaving action. I realized that my dad had been using the PS3 more than me (watches Netflix while he is on the elliptical) and I had received a few messages from some old gaming buddies. Sorry guys, the 360 is where I live now. I waited to write this until Tuesday morning because the WWE: All-Stars demo was released this morning and it is everything I hoped it would be. I love the style and the game play and can’t wait until this game is released next week. The only complaint I have is the fact that the demo only allows you to choose from two characters, Rey Mysterio and the Ultimate Warrior. But it’s fun. Can’t wait to get into some multiplayer madness soon.