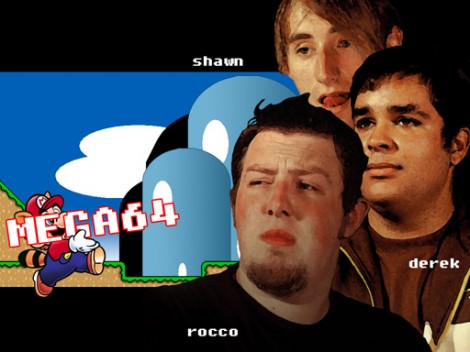 I was chatting about video games with a casual acquaintance the other day and mentioned that I was a fan of Mega 64. They shot me  a puzzled look and asked if that was a game system, which I responded to with a firm, “No,” as the only system with 64 in its title was the Nintendo 64 (in their defense, there was a time that it was referred to as the Ultra 64).  At that point I realized they had yet to be exposed to Mega 64’s brand of video game related comedy.

Mega 64 has been around for a while and in my opinion serve as the Saturday Night Live of the video game community. For anyone else that’s not familiar with the group, I present to you one of their funniest videos* (though they’re all very good) all the way from 2005.

* It helps if you’ve actually played the game Paperboy** or else this video will make absolutely no sense to you.

***However, if you’re doing something really important like caring for children or performing a vasectomy then playing Paperboy can wait.