Felt like the entire industry was hungover or sick last week, but we were treated to a killer Batman trailer and news while Homefront made its long awaited debut. In our world, our minds were definitely on our Think of the Children podcast with lots of advice for gamer parents and kids throughout the week. 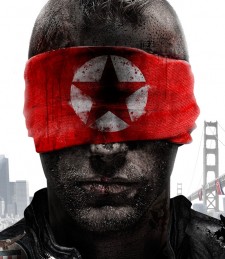 17 headlines distracted us and here’s the best from that list:

PAX East 2011 attendance 69,500; officially becomes biggest PAX – Joystiq
I continue to be amazed by PAX and how rabid the fans are.

Review of Homefront – Giant Bomb
You can sense how much Alex wanted to like this game, just didn’t happen.

THQ stock drops 25 percent in one day on Homefront launch – Joystiq
The power of metacritic is scary.

Happy birthday! Destructoid turns five – Destructoid
Congrats to Destructoid, they revitalized my interest in game journalism when they hit the net.

Riddler revealed as key baddie in Batman: Arkham City – Destructoid
So that’s what they’ve been hiding.

Mega 64 spoofs Heavy Rain, makes all of us uncomforJAAAASOOON – Joystiq
“I’ve fought a guy like this before”