The month of March is my favorite time of year. Not only is it my birthday month, it is also the month of madness. The NCAA tournament started yesterday and, with it, brought loads of excitement. Buzzer beaters, blowouts, and major upsets are a part of every tournament, yet if you aren’t properly prepared for such excitement you might have an emotional overload. You’d better prepare yourself like I did when I learned the lessons of NBA Jam.

The Lessons of NBA Jam 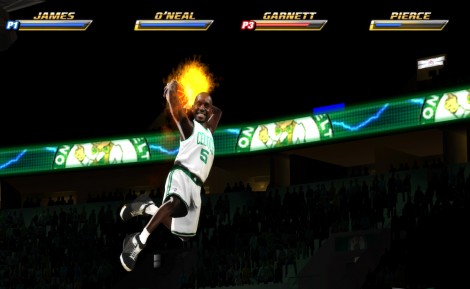 Careful Kevin, that ball is on FIRE!

I learned something today. If you are a college basketball fan, you might have heard the name Jimmer Fredette. He plays for BYU and averages 28.5 points a game. It has been said that his range is as soon as he walks in the door. Of course, I didn’t believe it until I saw him actually play. The guy can shoot from anywhere on the court with ease. A couple of weeks ago, he scored 15 straight for the Youngs of Brigham and suddenly whenever he touched the ball it became engulfed in flames. Miraculously, whenever he passed to a teammate (which I must admit was rare) the flames winked out and the basketball became normal again. I was watching this game in a bar, which is ironic because of the whole Honor Code thing, and people were losing their minds. They couldn’t understand why the ball erupted in flames whenever the Jimmer touched the ball. Those people were also confused when the net burned up after he made a shot and then returned to normal next time down the court. Lucky for me, I just knew he was in the zone. Thanks, NBA Jam. 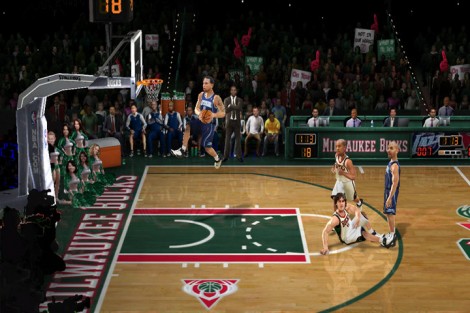 Shoving is not a foul

I learned something today. If you are like me, then you are a fan of Big Ten basketball. Admittedly not the prettiest style of the game ever played, but it is one that I’ve grown up with and love like no other. Because of the style, sometimes you get games where the final score is 36-33 like it was in the Big Ten Conference tournament last week when Penn St. beat Wisconsin. There is nothing elegant about a score that is lower than most freshman high school girls’ basketball games. No offense to the freshman girls who are reading, it’s a fact you don’t score a lot of points. During that game there was a lot of pushing and shoving. It goes hand in hand with the Big Ten style of play. When people start to complain about the lack of fouls called, I know that they haven’t be schooled in the ways of the conference. Pushes and shoves aren’t fouls. They are a part of the game. When you get pushed while shooting, it is a hell of a defensive maneuver. Not a foul. Thanks, NBA Jam. 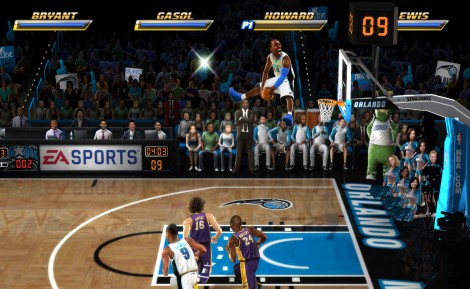 It’s not over if you have turbo left

I learned something today. Do you guys remember Tyus Edney? He played for UCLA during their 1995 championship run. In one of the greatest last second shots ever attempted, Tyus drove the length of the court avoiding the Missouri defenders left and right. Throwing up a one hand shot near the basket, the ball traveled through the net at the buzzer giving the Bruins the chance to move on to claim their 11th championship. What you may not have noticed was his shoes. They were white basketball shoes by nature, but when he got the ball from Cameron Dollar they turned a bright blue and stayed that way until the game was over. I know what you might be thinking, “He was wearing those L.A. Lights!” He wasn’t. He had pressed the turbo button. Not many people know of its properties. However, I do. Thanks, NBA Jam.

If you grew up a basketball fan in Indiana like I did, you more than likely had hoop dreams. Delusions of grandeur or not, you thought you could at least play in college somewhere. Even though I wasn’t the best player, I like to think I have a good head for the game. If I didn’t, how would I be able to recognize being in the zone, fouls not really fouls, and shoes that make you really fast? Oh right, it is because I played NBA Jam. Thanks, video games.