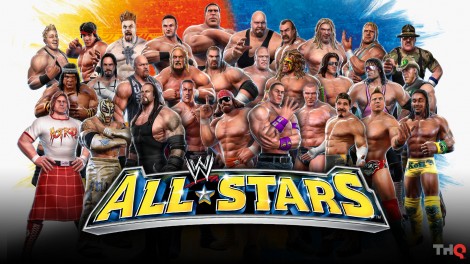 For those of you wondering, the roster is pretty damn good.

I don’t play or buy into the whole Facebook app thing. Frankly, I find them highly annoying and spammy. However, that didn’t stop me from clicking on the WWE All-Star Fantasy Warfare app. The main reason why I did so was to help all the other wrestling fans find out who the free DLC character will be. If the WWE All Star Fantasy Warfare app gets enough traffic, THQ will release a free DLC wrestler for everyone. My curiosity of finding out who that free DLC character is drove me to do something I usually don’t. See what wrestling can do to a person!

"The frequencies in my head are not known to normals." - The Ultimate Warrior

The legendary match-up I “quick time event-ed” my way through is a battle no one could ever dream up as one they would want to see. The Ultimate Warrior faced off against current WWE Superstar Sheamus in a fight where I picked the Ultimate Warrior’s moves every time. Now I realize that the Warrior is not a great technical wrestler. Only having 3 moves to go along with his gigantic ego never deterred me from being a huge fan. In fact some of his best work happened outside the ring in rambling, incoherent interviews.

The best part of the app and any old Slim Jim commercials was the narration work done by the “Macho Man” Randy Savage. But this isn’t the only promotion WWE All-Stars has going on. If you pre-order the game at Gamestop, you’ll receive a code to download the million dollar pack which includes “The Million Dollar Man” Ted DiBiase and his son Ted DiBiase Jr. Another groan inducing DLC store specific promotion, how ingenious.

Though I highly dislike the reality of Facebook app promotions, someone found a way to get me to “like” one. I should have known that it would have been something to do with pro wrestling and the WWE. WWE All-Stars will be released later this month on March 29, 2011 for PlayStation 2, PSP, Nintendo Wii, PlayStation 3, and Xbox 360. 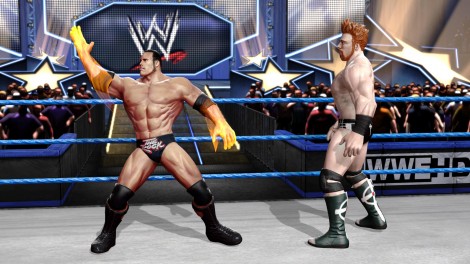 The Rock is about to lay the smack down on Sheamus' Celtic candy ass!