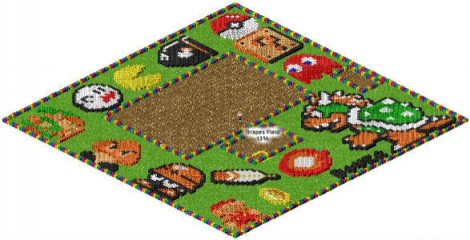 Farming, minus the filth and manual labor

The gaming industry has seen many changes in its identity over the years, from heavy PC games to Arcades, the introduction of consoles and now social games. What makes these games appealing and are they even games? I did some research on my own to find out. My primary focus was on the Zynga made games, FarmVille and CityVille. I also mixed in ESPN U College Town. This project was more enlightening than I expected it to be, so if you’re looking for a bashing rant, you’re not going to find it here.

Is FarmVille actually a game?

Short answer – I’m not really sure. To be honest, I only put in a good week and a half into Zynga’s games. It is a game in the sense of having ‘goals’ to accomplish. You need to build buildings, plant crops, buy cattle and so on, yet at the same time, the game is seemingly endless. There is no final objective. I highly doubt that there is a ‘kill screen’ similar to what the old arcade games like Donkey Kong used to have. In all of my years of gaming, I’ve become used to games having a beginning, middle and end. Yet games with structure tend to have a story and the story in Farmville is barely present and mostly based on the goal to build a farm that is better than your friends. The Zygna games could be considered to be similar to MMO’s in the never ending portion of the game, yet an MMO also has a story attached to it. Also, I believe that most MMO’s have a level cap in them and I don’t think that there is a level cap to the social games. Disclaimer: My MMO experience is extremely limited. So, where is the appeal? There isn’t really a story to speak of and the tutorials are very vague and confusing (I honestly think this is because I am used to games with very sophisticated controls and tutorials compared to these games). The games never end and new items to purchase, farm, build, and collect are always introduced. Yet FarmVille has 29.6 million fans alone. What keeps bringing people back? 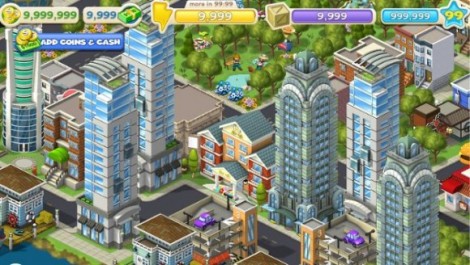 If only city planning was this simple.

Most of the time, I found myself playing these games while watching TV. It then dawned on me that the appeal is perhaps not the “game” aspect, it’s the micro action aspect of the games. Think of it as a reverse ‘Just five more minutes’. Growing up, most of the staff writers (myself included) always wanted that extra five minutes to our games before moving on to something else. I still do it to this day. What I think is going on is that people are using these five minutes as a break from their lives in a cute and non-threatening way. The very limited amount of tasks you can do in one sitting caps your activities within the game: you’re only given about five minutes to play per sitting. Perhaps these games are used to take a break from say, your job. The games take very little thought at all and are created in a manner to appeal to someone who would not be labeled a ‘gamer’. Your mom playing these games seems much more fitting than, say, her playing a co-op game of Gears of War with you. For me, playing CityVille during a show replaced reading various websites during the same show. I think we can all agree that there are one or two shows that we watch passively. We watch them…but we really don’t. I still found myself unable to get into these games like many of the traditional console games I have played over the years and the biggest reason I could not become fully immersed in the cute worlds is a fatal flaw that broke the game(s) for me:

Annoy your friends for personal gain

No matter how much I played these games, I couldn’t get past bothering my friends and putting updates into my Facebook feed. It drove me nuts. Number one, I really didn’t want to give you a mystery gift. It’s not my thing. It felt almost like taking candy from a stranger. I also didn’t understand why I have to appoint a friend my chief of police to gain a higher population cap, not to mention that the chief of police is already my mayor. Infuse Mafia Wars into my city and I’ll have Chicago built in no time. I also don’t see the need to have multiple neighbors so that I can expand the amount of land I have, since the games are asking me to get a neighbor just so that I can annex his land. It just never made sense to me. Let’s put it this way: in any Final Fantasy game, you are looking for the “ultimate weapons” so you can then begin the final boss fight. Typically, you go out and find them via riddles or vague clues and move on. If Zynga made Final Fantasy, you would have to ask your friends on a social network for help. Before you could craft those weapons, you would need a gift of mythril, 3 vials of vampire’s blood, one hilt and the tears of a virgin. Don’t forget that to obtain these items, you have to broadcast it like a billboard advertisement all over Facebook until you get them. Oh wait, there’s more! If you are willing to make a small micro transaction with your real money, you can buy fake money and complete the job faster. The transaction would only work if you convert your dollars into Gil. It’s up to you. I just couldn’t bring my self to do it. My preference is to not annoy my friends and I refuse to do it via Facebook. (I’m also saving my precious gaming budget for traditional games and XBLA points. I’m not buying Facebook credits.) 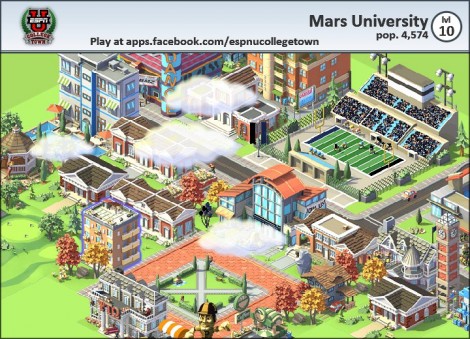 From what I have been told, the introduction of fake money is very recent and has steered a lot of the community away from Zynga games, which indicates to me that a lot of the activity may be of the time wasting variety. I am interested to see where the social genre goes in the coming years. Is the community strong enough to support sequels? Or because the games never end, is there even a need for sequels? Is this genre legit enough to show up at the major conventions and trade shows to preview future iterations of their formula?

I do look at these games differently now. I feel strongly that social games are made and marketed for what has been termed the ‘casual’ gamer. Zynga, just like Microsoft and Sony, knows exactly what they are doing in its products for the casual gamer. The only difference is that Zynga does not have to worry about the hardcore gamers.  Still, I don’t see these games going away anytime soon. Now, if you’ll excuse me, Mars University needs more bars for their co-eds.