A few weeks ago, I, like a lot of people, was absolutely floored by the trailer for Dead Island. The first time you see the story unfold and realize what you are watching, you can’t help but be filled with a flood of emotions. I have not had a game video stop me in my tracks like that for a few years. Usually it takes some huge leap in technology to get my attention, but I was stunned by just how beautiful this gruesome piece of art truly is. Take a moment and watch for yourself:

The video took the internet by storm. I had queued up to view later when the stories first hit, but I noticed my non-gamer friends talking about how incredible it was. That rarely happens so I dropped what I was doing and witnessed the best clip of zombie drama outside of The Walking Dead. I lost track of how many times I watched the video and its chronological counterpart. Then, the buzzkill happened.

“This game is going to be amazing!”

Fast forward to GDC where the first gameplay trailer for Alice: Madness Returns was released. Being a huge fan of the original game and pretty much anything to do with Wonderland, I was excited to see this game in action as up until then only prerendered teaser trailers had been available. Alice has a loyal following, and again, I was among the fan fervor in seeing the spirit of the original game intact for this crazy trailer. Although, I noticed I wasn’t as enthusiastic as some because a familiar phrase attacked me once again.

“This game is going to be amazing!”

Sigh. It resounded from all corner of gamer communities. Industry analysis begins in full force about these next great games. I bit my tongue and moved on.I don’t know why these journalists and fans surprised me or why it has gotten under my skin, but the misuse and misinterpretation of game trailers has become a pet peeve of mine. Sure I’m a jaded gamer by this point, I’ve taken my bumps, bruises, and disappointments to air on the side of skepticism. In these two cases, I’m actually incredibly excited for both games. Both trailers show tremendous amounts of promise. Let’s just not get ahead of ourselves, as it is impossible to draw any real conclusions from either of these videos.

What have we actually seen?

The purpose of the Dead Island trailer was to separate it from the crowded genre that the actual gameplay takes place in. It also served to reintroduce a game that was originally supposed to come out in 2008. While the trailer succeeded beyond the creators’ expectations, I’m sure, the most important part of the game isn’t shown. The actual game. Dead Island is a first person shooter with zombies. Those are the cold, hard, generic facts. We know next to nothing about the actual gameplay other than that the odds are against it. We don’t know if the game is great or terrible. We just know that it inspired a milestone of a video game trailer. 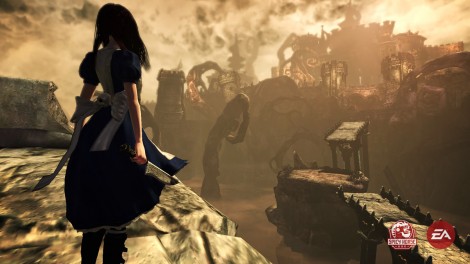 "Looks" great. Is it great?

The marketing campaign for Alice: Madness Returns kicked off in a familiar fashion to a lot of games these days. Multiple prerendered trailers were released to set the tone for the game, but in the end showed nothing of the game itself. They were the very definition of teaser, and I loved all of them for the entertaining videos they were. Finally, EA and Spicy Horse let loose a more substantive trailer complete with actual gameplay video. After viewing it, I felt reassured that this game was going to be a true sequel to one of my personal classics. However, after seeing the gameplay snippets themselves it looked like a next-gen American McGee’s Alice, but that doesn’t mean it will actually play well in 2011. We have to wait for that type of information, friends.

Don’t get me wrong, these two trailers are exceptional. One got the attention of the entire industry, while the other got the attention of its dedicated fans. They are both videos I excitedly show off to any of my friends, gamers or not. However, can we as fans and as an industry just take these trailers for what they are? The endless speculation, the hype, the immediate opinions just come across as ignorant noise. The fact is we know next to nothing about these games and those that due are either not allowed to discuss it or working on the games. By all means, get excited for your favorite games, get excited for games that have just been revealed to you for the first time, discuss them, debate them, promote them, vivify them, but don’t pretend that some early trailer made or broke a game as the greatest thing to happen to video games since electricity.

If you want to judge games purely by trailers I offer up these two polarized examples – Brutal Legend and the BioShock series.

Brutal Legend gave us enough trailers, viral videos, and even a demo to rally any Schafer fan or pseudo metal head. Yet surrounding that game was a tumultous development cycle that culminated in the game switching publishers with one happy to see it go. The content of the trailers themselves failed to reveal important gameplay elements about the game until right before the final release date. If you were like me, by that time, I had already preordered the game and bought into everything awesome about its promising premise. That promise lasted less than 3 hours, where the game turned on me and became something that was never shown or talked about. I bought an action game in a fantastical heavy metal universe, and actually got a real time strategy game that it’s incredible content couldn’t hold together. I have never felt so decieved by a game I waned to love. 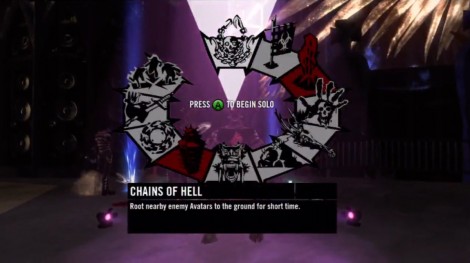 Luckily, there is BioShock. A game I once dismissed as being too complex to play on consoles and an expensive upgrade away for me to play on my PC. However, every trailer seemed a part of a grand plan to introduce gamers to an experience they had never played before. The prerendered teasers gave away to gameplay videos and eventually the best benchmark that can be offered to gamers without actually letting them play, developer walkthroughs. Through these lengthy demonstrations gamers were able to see the vision of the developers and this amazing underwater world they had created. They also simplified the intimidating problem-solving based gunplay in ways that were surprisingly accessible. It was obvious that a keyboard was not required for this game, and all of my barriers for entry were destroyed. A brief demo later, and I purchased what became my game of the year. Conversely, a similar video campaign was available for BioShock 2. While equally impressive and just as in depth, it became apparent from these walkthroughs that this game, although great, was not for me. Based on the feedback of my peers, I’m still comfortable with my decision to avoid this game.

Finally, I will leave you with the walkthrough of BioShock Infinite:

This is a video that gamers can make decisions based on. This is a trailer worth debating as it has substance to back up outrageous claims on either side. The game is over a year away and this trailer is much older, but we already know more about it than either of Dead Island or Alice: Madness Returns. The conversations and coverage of BioShock Infinite brought a charge to the industry that we haven’t seen since.

I stand by the merits of the trailers for Dead Island and Alice. However, I take issue with misleading analysis of such videos that lead to deceiving gamers about what is really known about the games they represent. The result of some of these trailers’ abilities to represent the final game is completely inconclusive. They are great pieces of media for fans of the games and of entertainment. While more information is due on both of these games shortly, for now, let’s just not pretend that these current trailers are anything but lengthy commercials.