March is here and with it comes the hope of every baseball fan (every Cubs fan in particular) that this year will finally be the year their team wins the World Series. The San Francisco Giants set the tone by winning their first title in 60+ years and other teams look to repeat the model they set last season. As a baseball fan, the start of every spring gets me excited for the upcoming year and nothing quenches my thirst like MLB 11: The Show and its new offering steps up to the plate on March 8th. 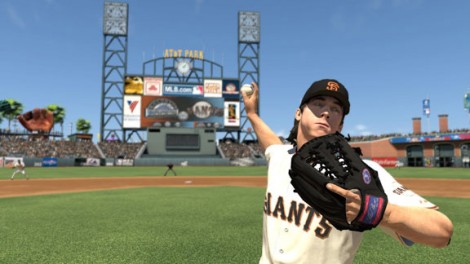 MLB The Show is considered the best baseball game on the market today. Its stellar graphics combined with intelligent play mechanics and buckets full of realism has it sitting head and shoulders above its nearest competitor the 2K series. The question that always arises with sports titles and their yearly release schedule is, “What has changed since last year?” It’s the right question to ask and MLB 11: The Show won’t disappoint.

Mauer sends one for a ride.

Since its inception, The Show has taken a traditional slant on how you play baseball. It uses the same method of control that NES baseball games used. One button pitching and one button swinging, to be more precise. That system worked well for them, but with most sports games moving to some type of analog control, it was time for SCE Studios San Diego to switch it up. For the first time, players will use the analog stick to control how they pitch, bat, and field. Don’t worry. If you can’t master the analog control scheme, the developers have made the classic mode an option, too.

Two Can Play At This Game

For the first time in the series, multiplayer co-op will be included. You and a friend, local or online, can engage in a battle to win the World Series. This is probably the coolest addition made to a baseball game in a long time. The multiplayer lets you team up to take on 2 other human players or the CPU. There are different options to set up when you play co-op. You can have alternating batters or let one person do all the hitting. While playing the field with 2 players at once might sound difficult, The Show boils it down to four controllable areas: pitcher, catcher, infield, and outfield. The player has the ability to select who controls what area and the pitcher can alternate just like the batter (per inning).

One of MLB 11: The Show‘s best returning features is the Road to the Show. It’s a mode where you take a created player from the Minor Leagues and try to get called up by one of 30 teams in Major League Baseball. This year, instead of selecting where you put points into each category like an RPG, the game will intelligently decide where your skills improve after analyzing each performance in every game that you play. For those of us who got tired of this mode last year, the change is a welcome addition. 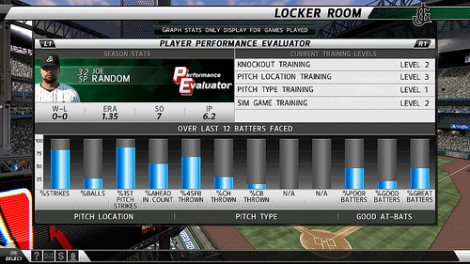 Updated Road to the Show evaluation.

For owners of the PlayStation Move, MLB 11: The Show does support the peripheral. However, it is only in the Home Run Derby mode that you’ll be able to use the glowing ice cream cone.

The coolest thing about this game, and it’s one I’ve mentioned in a previous podcast, is that MLB 11: The Show will have a mode completely designed with the disabled player in mind. The mode will require only single button presses to play the game. I think this is a remarkable step to take in the video game industry and I hope other developers follow suit. Not only does it make sense, it could be used as an aid in many different areas. I can’t be more proud of SCE San Diego for including this.

For those of you who can’t wait to get your hands on a copy of MLB 11: The Show, the demo has been out for a couple of weeks now. If you are a fan of the series, you’ll step right into the batter’s box and find yourself in familiar surroundings. Definitely try out the analog controls because it will give you a new challenge to overcome while making the gameplay feel fresh. These are the type of adjustments that make yearly releases seem new and worth a full priced purchase. MLB 11: The Show hits stores on March 8, 2011 only on PlayStation 3. 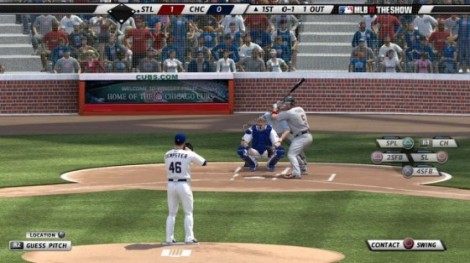 Can't write a baseball article without at least one Cubs picture.