Food and entertainment have gone together since early man ate mastodon meat while watching their buddies paint the inside of caves. Whether it’s popcorn at movies or hots dogs during a baseball game, modern man has carried on this tradition with great enthusiasm (though at the cost of his/her waistline, but that’s a topic for another day). With video games becoming the current gem of the entertainment industry it’d be easy to assume that a food pairing would be easy to identify, but that’s not the case.

Unlike the activities mentioned above, gaming requires the use of both hands which complicates the ease of consumption. With the prevalence of multiplayer gaming it’s not just a matter of hitting pause every time you want to take a bite either. Factor in the detriment of sticky foods to a game controller or keyboard and we find ourselves with limitation after limitation with little in terms of a shining game food superstar. 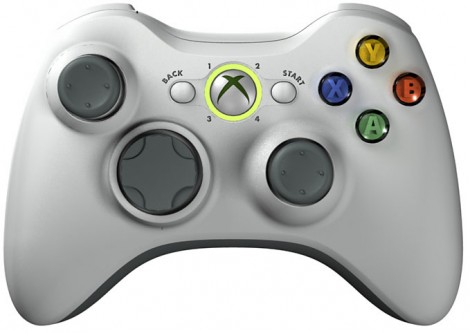 1. Raw Vegetables – We’ll start off the list with the food item that you probably think is lame but excites your mom and dad (presuming they hate video games as much as most parents, this may be a good compromise for late night gaming). Vegetables don’t tend to make a mess, can be eaten quickly and provide the vitamins and nutrients that your depleted body desperately needs. They don’t need a lot of preparation and munching on them while gaming may grow into one of those healthy habits that skinny people are always preaching about. 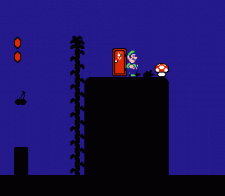 Mario is a fan of raw veggies, though he didn't exactly eat them

2. Raw Fruits – Same idea as vegetables, however one must take caution when selecting the perfect fruit to pair with your frag fest. Bananas and grapes come to mind as the least messy options while the juiciness of citrus fruits and pears would factor prominently into the sticky controller factor mentioned above. I personally love Kiwis, but they do get messy and I’m always afraid to accidentally consume the pube like covering they come packaged in.

3. Bar shaped food items – From candy to nutrition bars, the appropriateness of these foods comes from their finger protecting wrappings. Now, when I used to eat candy bars during my less than svelte stage, I tended to rip them from their packaging but that is counter productive to avoiding the dreaded sticky controller. Unlike the two examples above, the bar shaped food item can lead to extended gut syndrome depending on what end of the spectrum you pick from.

4. Chips/ Crackers – When it comes to gaming food, people are polarized on whether or not to group chips and crackers together. The fact that I’m not writing a book factors heavily into this grouping. The main factor in choosing a chip/cracker comes from whether they are what I call a dry/clean example (Ritz, Cheez Its, Potato Chips) or dusty examples (Cheetos, flavor coated offerings).

5. The Corn Dog (and other stick enhanced foods) – When the corn dog was invented, man had finally hit his stride in terms of intellectual prowess. The hot dog itself was already sitting towards the top of food awesomeness when along came wooden stick and corn coating to kick it to the peak. Caution must be taken when using dipping sauces, but other than that the corn dog is the go to gamer food. Now don’t think for a minute that stick enhanced foods mean popsicles, that’s the choice of idiots (see below). 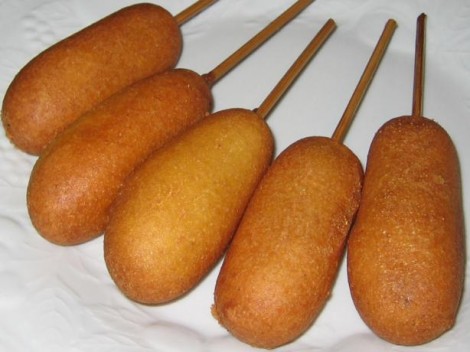 Move over eggs, this is THE perfect food

Foods that will make you look like a dang idiot

1. Ice Cream Cones – The sweetness of an ice cream cone tends to be negated when its sloppy alter ego comes to town. If you’ve ever been frustrated with dripping sugar milk rolling down your arm on a hot day, just wait till your “B” button gets coated. Not only that, but ice cream cones need special holders just to stand up straight and if you own such things you probably need to get out more.

2. Spaghetti – When the Italians invented spaghetti, they intended that the people who ate it would focus completely on the meal. While eating spaghetti and gaming is difficult due to the necessity of fork twirling, the disrespect you would show should you use the food as a supplement to your gaming is absolutely uncalled for. If this is a path that you intend to take, I hope you start to slurp up an extra long noodle under the moonlight and find that there is no one waiting for an accidental kiss at the other end.

3. Crab Legs – Crab legs are one of my favorite foods, but the work that goes into eating them would require multiple pauses throughout any particular gaming session. If you had a really awesome friend that would crack the claws and feed them to you then it would be more of a possibility, but the creepiness of such a situation is off the scale.

4. Sandwiches – I bet I just rocked a few people’s worlds with this one. Unless you’re one of those freaks that eats sandwiches sans condiments or toppings, this previously acceptable food brings to light many doubt as to the functionality of such a pairing. A peanut butter sandwich might work, but overall sandwiches have way too many question marks floating around them.

5. Soup – Just shut up. People that eat soup while gaming better have freaking colds or else I’ll walk right in and just flip the bowl out of their hands.

Curiosity did kill the cat, (though I think that had something to do with exploring sewers or playing with firecrackers) but I am curious as to what foods make for your best gaming session? Post a comment and maybe we can eventually have an exhaustive list to help would be gaming foodies. I could be wrong on some of these, but unless someone lets me know, I’ll always be right.