Meanwhile… we’ve actually been playing games. Each week we recap our recent gaming experiences and tell you what we’re looking forward to, so you can use your time more wisely than we have. From the Old West to New Vegas to the battlefield and the storm of bullets all in between, we did some serious gaming. Don’t worry, that will continue to happen as Justin tries to scrape and claw his way out of addiction while he plays Dragon Age: Origins. Hopefully, his copy of Bulletstorm will arrive soon. Our guest this week, Rob, has ADD and can’t find a game to stick to (which is never a bad thing, by the way). Hopefully Ethan’s time in New Vegas will make him feel better and, if all goes well, his character is finally on the move. Gifford and Cole have finally broken up with John Marston before getting into some Epic shooters. 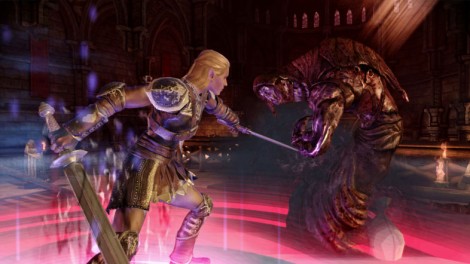 Bioware got their claws into Justin again with Dragon Age: Origins.

Nothing went to plan last week. I’ve been struggling with my motivation to jump back into World of Warcraft, probably because I was mentally preparing for the murderfest of Bulletstorm. Unfortunately, my shipment is still lost and I have yet to get my fill of neocursing and skillshots. At first, I wanted to distract myself with games that were easy to get in and out of so I played a solid number of gigs in Rock Band 3. I hadn’t dug into the awards system built into that game, it’s pretty addicting and makes you feel like you are progressing in your career score with every song. They aren’t achievement points, but they are the next best thing.

The weekend hit and no Bulletstorm was in sight, I got desperate and turned my attention to Dragon Age: Origins. (More on that story later) 10 hours in two days let me know that I am powerless against Bioware. I did not expect to get sucked into a fantasy world like that after my time with WoW, and the fact I’d played similar games in the past. Now, my only problem is I don’t know if I’ll be able to put the game down anytime soon.

Battling my dragon time this week will be Bulletstorm (once it shows up) and Beyond Good & Evil HD on XBLA. I played halfway through the original version years after it’s release and remember it fondly. Fans of Zelda should check it out, and I’m hoping the draw of achievement points pushes me all the way through that adventure this time. 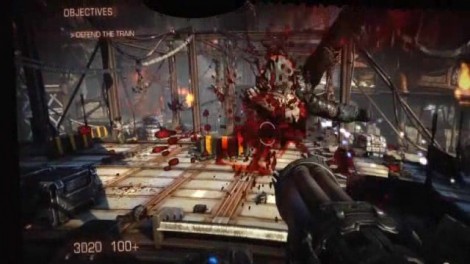 I don't know what a dicktits is, but Gifftor seems to like it.

Since opening Bulletstorm, I haven’t had any reason to play (Contra) Hard Corps: Uprising, but don’t let that make you think I’m not going to go back and play it more, it’s just that Bulletstorm is shiny and hard and I get to shoot a lot of shit. Needless to say, I’m enjoying it, although I’m not entirely clear on the meaning of “dicktits.” 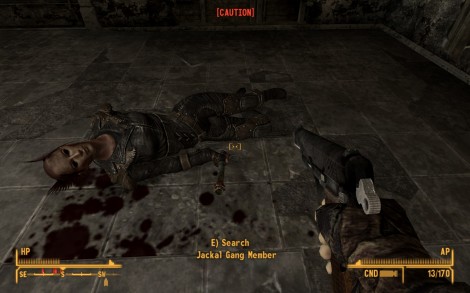 I was sick a couple days last week and found myself plugging away at Fallout: New Vegas. My ultimate goal is to set myself up to get all the different endings, but I got side tracked with finishing off a few side quests and maxing out my character to level 35 (downloaded Dead Money for the level increase, but we’ll see how far I get into the actual content). I decided to stop hoarding guns and actually start using them, and found myself having quite a good time riddling all the desert animals with Gatling gun fire. There’s nothing like splattering over-sized creatures across the land while walking in a straight line. Taking a break from that game was a great idea because I appreciate it that much more and recognize that I can have simple fun with such a deep and (at times) complex title. I hear the ending is dissappointing, so while my goal is to finish it and get all the achievements for endings, I’m still kind of procrastinating as well. Its very easy to procrastinate in that game, by the way. 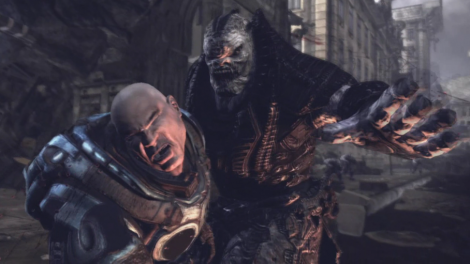 Is Raam a good boss?

Well, last week was a banner one for me. I finally beat Red Dead Redemption by playing it for 5 hours Friday night, going to sleep, and then, upon waking up, I played for another 3 hours to finally finish it. I don’t want to get into it too much, but what a great game! Come back to the site later this week to find out Gifftor, JDevL, and my thoughts on the game.

I also dove headfirst into the war against the Locust on the planet Sera in Gears of War. I decided to play that game on Hardcore after beating it on casual the first time around 4 or so years ago…and I’ve discovered that I suck at GoW. However, I am getting better. It’s a totally different control scheme than other shooters I’m used to so maybe it will just take some time for me to get acclimated. I’m also giving General Raam another shot as a good ending boss. Maybe I was just disappointed that the game was over after beating it the first time and that clouded my impression. I guess I’ll find out soon. 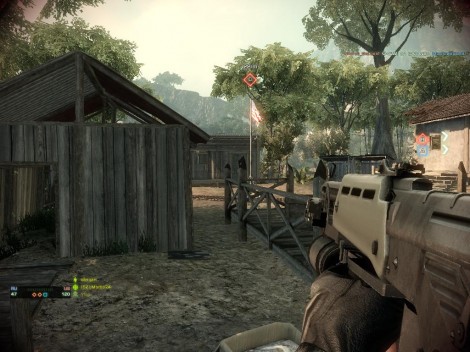 Rob is addicted. Can't blame him.

My gaming goes in streaks sometimes. It’s the best when there is a week that I have a night with a few hours to really get started on a new story and then some followup time to keep it going. I enjoy games with story lines more when there is time to keep it fresh through to the end. For times when I don’t get a chance to really get into anything heavy, I look to the more pick-up-and-play types of titles. My recent gaming weeks have been filled with these types of games… and honestly, I’m not complaining since they include a few of my favorites; Bad Company 2, Geometry Wars RE2, and Hot Pursuit.

Battlefield BC2 is my go-to fps right now. I haven’t made it all the way through the campaign yet, but that’s because I’m so addicted to the online play. The campaign is just ok, but to me is more of a warm up while waiting for my squad to sign on. Can’t wait for Battlefield 3. Geometry Wars RE2 will always be an awesome game in my book. To me, it is the best arcade style game on XBLA. The quick gameplay keeps it accessible for even the shortest of gaming sessions and the way they integrated the friends leaderboards make it addicting as all get out. Need for Speed: Hot Pursuit is just amazing. If you like intense racing games then you have to like Hot Pursuit. This is another one that brings a high level of addiction with the way they integrate friend leaderboards. I’ve played the same race at least 10 times in a row trying to beat JDevL to no avail! Next time, though…next time.