We live in a world of violence. It permeates throughout society in a myriad of ways. There’s a saying in the television news industry, “If it bleeds, it leads,” putting violence at the forefront of every newscast even before the kiddies go to bed. That’s not to say that everyone has violent tendencies, though. Some of us are disgusted by the way barbarism is glorified. I’m not one of those people. While I don’t care for real world violence, the savagery portrayed in fictional mediums is something I celebrate. And I can do so, thanks to the lessons I learned from Mortal Kombat.

The Lessons of Mortal Kombat 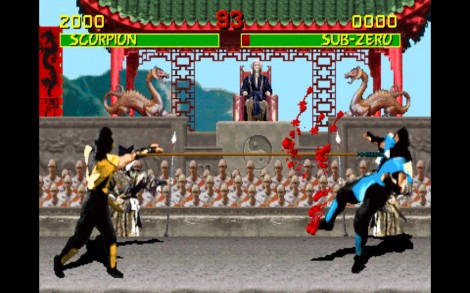 Can you come closer? I have a secret to tell you.

I learned something today. I often find myself in other dimensions. It’s not something I’m proud to admit because most of the time I’m not quite sure how I got there. Accepting challenges in a bar after a few drinks is not the way to go if you want to live a long and healthy life. Nonetheless, I never travel without my trusty spear. Sometimes, I find myself in the middle of a fight before I realize what I’m doing. I try to reason with my opponent but he just won’t listen. I kindly throw my spear into his chest, and advise him “get over here” so we can try to work out our differences. Sure, it is a violent way to get someone’s attention but you can’t argue with the results. Thanks, Mortal Kombat. 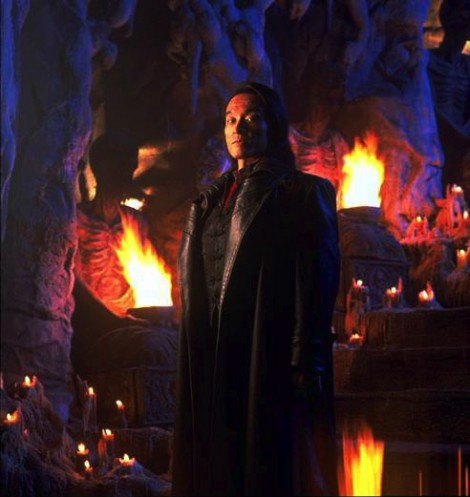 I learned something today. Have you ever come across a person who can change their appearance at will? I have found myself in front of what I thought was a nice, young, blonde, American, Special Forces soldier. I walked up to her and dropped a clever pickup line in her lap. She didn’t take to kindly to my forward advances as she did a handstand, grabbed my head with her legs, flipped over and slammed me into the ground. Then, she transformed into a dude and stole my soul. That was the last time I went to a bar in Outworld. Never again. Thanks, Mortal Kombat. 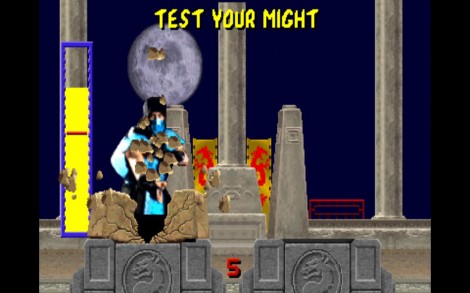 Random interlude to all that fighting.

I learned something today. Look, everyone needs a break after a fight. Sometimes you have to be able to fight 3-5 fights in a row to get that break. The last thing I want to do after barely eking out a victory is to use my martial arts prowess against different earthly materials. Sure the wooden boards are a piece of cake, and so are the stone blocks. But when you want me to break diamonds after defeating nearly every opponent, I’m going to tell you to GTFO. The next tournament I enter better not have any of these “breaks” built in. Hey, I wonder how that Street Fighter tournament is? Thanks, Mortal Kombat. 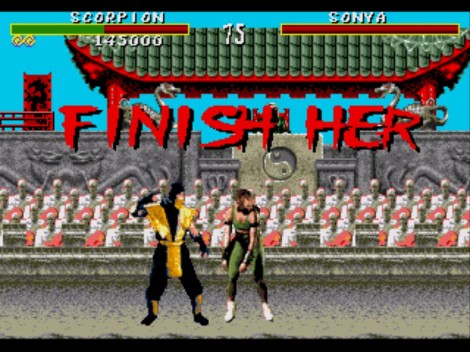 Be nice to Sonya, she's pretty.

I learned something today. You know how in scary movies the bad guy always comes back for one last scare after he’s been “killed?” If I’ve learned anything from my time fighting in battles across the Outworld, it’s that you need to finish your opponents. Just beat the hell out of them until the world goes black and an thundering voice booms “Finish Him/Her.” You’d better listen to those words and quickly execute them before they just fall over. It is embarrassing when that happens. It is best to end their life in the most violent way possible, and it’s also the most satisfying. Dig within yourself and you are sure to find at least 1 or 2 ways to creatively dispatch the loser. Hell, I saw a dude make the Earth pull an Alderaan and have millions of voices crying out in terror before they were suddenly silenced. Once you finish, you can’t stop. It’s addicting, and makes me want to come back for more. Like 9 more. Thanks, Mortal Kombat. 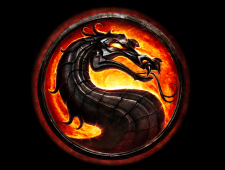 Violence presents itself in many ways. However, I have found that if you somehow wake up in a different realm where fighting, killing, and shape shifting are the norm, it is much easier to swallow once you get back on Earthrealm. So watch out for those spears, shape shifters, “breaks”, and finishing maneuvers and you’ll find yourself in a much better place back in the real world. That is, if Cyrax hasn’t blown it up. Thanks, video games.